How to Boost Office Productivity with These 5 Tips 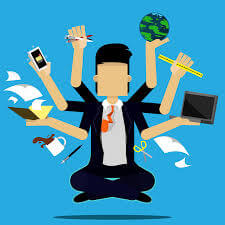 Every office is looking to boost productivity. While there are a whole host of tips and tricks for kicking the afternoon lull, boosting morale and energy, and throwing employee out-put into high gear, sometimes the simplest solutions are the most effective.

Here are five tips that can boost your office productivity – and do it immediately.

As the first tip, this one seems the most contradictory – taking breaks means time away from projects, cutting into productivity, right? The exact opposite is actually true. The human mind wasn’t designed to operate like a machine, especially not in our early days as a species, so when it finds itself stuck with routine tasks or a huge flow of work, it begins to regress into shut-down mode. This saves energy for that surprise tiger you might see when you go out hunting and gathering later. So the shorter breaks are and the more they’re skipped, the more employees’ minds will start powering down and losing focus on their projects, in fact cutting into productivity.

The greatest key to productivity is focus: an employee’s ability to focus on a project, and management’s ability to focus the tasks they’re assigning to their workers. Often times businesses are strict on work hours, meetings, and the freedom an employee has on a project – with the aim to make all progress clear and tracked. However, to truly encourage productivity, being flexible is the key. This means avoiding meetings when a simple email would suffice to get the information across, being less strict with an employee’s working hours and their ability to work from home, and especially changing the level of creativity allowed within the working force. It’s important to evaluate even the longest of working traditions and think to yourself “does this cut into productivity?” Even if that weekly meeting has been set in stone for years, it may be time to put it away in favor of a more flexible and focused approach.

When the word “productivity” comes around, it’s usually associated with a bunch of numbers and graphs, as if workers are Terminator-style robots with all the programmable features and none of the awesome superpowers. However, that’s just not the case. People work harder and produce better results when they’re personally motivated to see something accomplished, and by feeding this personalized drive, you’ll find employees willing to go the extra mile and focusing harder during work hours. Make them a part of the project, and give them a reason to actually care.

They say two heads are better than one, and after working on something for a long time, it’s easy to get tunnel vision on the entire project. Either the final result won’t be as great as you hoped, or you’ll end up lagging behind while trying to rethink the entire process. By encouraging employees to reach out, you can cut through the fog and get tasks handled much more efficiently, not just boosting productivity, but improving the quality you deliver.

Four hands are also better than two – by working with others on big tasks and on small, work can be divided and conquered faster than before. Even better than that, by having several people on the job, you’re benefitting from several different specialties and strengths. When you find yourself loathing a certain part of a project, you can pass this off to someone who thrives in that area, allowing you to concentrate on something you’re good at – and most importantly, something that doesn’t make you want to stab your eye out. This boosts your mood and allows you to work with more focus.

It may seem obvious that keeping things organized leads to productivity, but most people look past the real value it has to offer. If you’re a more creative but scatterbrained kind of worker, you’ll be lost and confused in the clutter of your desk or schedule, not only missing vital deadlines, but even focusing on the wrong projects. For more on-point workers, your drive to get things organized last minute can lead to valuable time being wasted, bleeding into your productivity levels.

We all have a list of things we want to accomplish, but the means of actually doing so can quickly escape us when the internet and all its sweet, understanding cat videos call to us. To turn this tip into an actual game plan, you have to chart out your daily tasks in detail. Organize them based on importance, so that if you miss any, at least the important things are covered. Organize them based on time, because the more brain-intensive tasks might feel like waterboarding during the afternoon lull. And finally, base them on your level of interest – if you absolutely hate a project, handle it first, and then reward yourself with some email-writing; or on the flipside, try the email-writing first to build up the courage to keep going.

They say geniuses have the messiest desks – however, their skill lies not with their mind but with their ability to not get distracted by the clutter. The rest of us aren’t so lucky; a messy desk will make it difficult to find the tools and objects you need to take on work, and the few minutes spent hunting them down will quickly find you lagging behind in productivity. In addition to this, while most wars are fought and won in the situation room, your battle of getting-things-done is mostly fought in your mind. A cluttered workspace will make you feel cluttered and bogged down, while a tidy area boosts motivation to get stuff accomplished.

By including these tips and tricks in the way you approach the office, you can create a working environment that is focused on just that – working at its full potential. 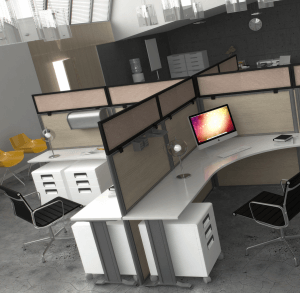 With the modern age making entrepreneurship in fashion and greater profits for existing businesses more attainable, a problem quickly arises: office space. Privacy can lead to focus for employees, which can lead to greater productivity and finally greater results, and that calls for a cubicle that helps this concentration. However, investing in so many cubicles can quickly feel like shooting yourself in the foot – saving money and making profits is the name of the game, right?

With cubicle panel extenders, you can get the best of both worlds: a customized cubicle that fits your needs and size – and more importantly – one that fits your price tag. Here are three ways that these panel extenders can actually save you money in the long-run and in the short-run, making them the best choice for a new business or an already roaring company:

Every business knows that saving money isn’t just about cutting on prices and finding deals – it’s about conserving the time and effort your employees are spending on tasks. This applies to ensuring productivity is kept up and small delays don’t lead to a missed deadline. Cubicle panel extenders offer this same advantage by offering privacy and focus to your employees, allowing them to focus on their work and not the distraction of a water-cooler conversation or nearby clients conversing on a separate project. The savings don’t just stop there – the very way they’re built is designed to save time, and inherently, save you money.

Whether you’re a handyman who can install the most difficult of objects in a matter of seconds, or you’re the less crafty type who struggles with installing a light bulb, the cubicle panel extenders are designed with ease and efficiency in mind. If you’re remodeling your office space and find privacy as a key to success, you can find yourself in a jam for time with traditional cubicles that can take as much as a day to put in place. However, the extenders are as simple as a few moments of your time, an Allen wrench, and a handful of screws, allowing you to transform your office without cutting into your deadlines.

Success is about innovation, and that may mean redesigning your office space again in the near future. With normal cubicles, you’d find yourself in the same bind all over again, with the need to disassemble, move, and reassemble the spaces over the course of a day – if not many days. These extenders offer the same speed the first time as they do in the last, and readjusting the angle or moving them entirely can be done in a matter of minutes, saving you valuable time and money with it.

When success comes knocking at your door, it comes with a handful of problems to join it. As your business expands, this means hiring more employees and purchasing more equipment to handle the workload, and while your company may be growing, it doesn’t mean your office building is. To avoid tight workspaces that result in more headaches and frustration than productivity, arranging cubicles in the most economical and efficiency way is the answer. The more people you can fit in a room, the less rent you’ll pay on a larger building, and the more productivity you can achieve through collaboration. Cubicle panel extenders it all in one.

Traditional cubicles keep to a very strict size and level of flexibility, making your dreams of a pillow-fort style office space hard to come by. Cubicle panel extenders, on the flipside, offer a level of flexibility and creativity, allowing you to extend them as far as you’d like or angle them in certain directions to keep from irritating your co-workers in tight spaces. With their compact size making it easy to match up several to achieve a certain angle or only reach so far, you can create the cubicle space you want in a shape that suits the greater good of the office.

Of course the greatest money-saving advantage is the simplest – cubicle panel extenders can literally save you money. This is accomplished not only by their more reasonable price range and compact size, making it possible to buy fewer to suit your needs, but in greater ways.

Some cubicle walls require an array of different tools and pieces to come together, with special adjusters, drills, and even unique screws stacking on the price tag in addition to its expected cost. Cubicle panel extenders are made for the future, with efficiency and ease in mind, and they accomplish this by coming entirely self-contained. Each features an Allen wrench with the packaging, all the screws needed, and no specialized parts that you have to search out last minute, making it possible for you to account the cost and then trust it.

As your business grows and more space is needed, maybe you decide to go the simpler route and upgrade to a larger office building – but the costs don’t end there. Now you’re in dire need of more cubicles to accommodate new employees and collaborative projects. How can you manage all of it without racking up the price tag? Cubicle panel extenders allow you to use the traditional cubicles you already have and make them larger, at a significantly lesser cost. Now you can create that awesome hacker-style desk space with a wrapping panel making your area larger, all without the price tag you’d have to hack a bank to afford.

The simple concepts are often the best, and when your office space is looking for a change, it’s time to focus on what works at the right price tag. In the end, these extenders can do more than make office life easier: they can save you mo