Motivation and Inspiration: Is There a Difference?

In our hyper meme-ified world, there’s rarely a motivational or inspirational saying that doesn’t end up in our Facebook feed. Here’s a sampling of some of the classics:

You might even have some of these sayings framed on your wall with the accompanying photo of an eagle soaring across a cloud-smattered sky. And we don’t blame you. After fighting your way through morning traffic, spilling coffee on your new tie and realizing you forgot your phone, you need a little inspiration. Or is it motivation?

While the concepts of inspiration and motivation might seem interchangeable, the two words have very distinct meanings. That meaning may not be important to the average person, but understanding the nuances between the two words isn’t just about semantics; it’s about understanding the relationship between what you want to accomplish and how you get your team to accomplish it.

Motivation is Something That Comes from Within

Have you ever met someone who was truly motivated? What did you notice about them? One thing probably stood out to you – their seemingly endless well of determination and belief in their goals. Both of those factors come from within a person. You look inward to find the idea catalyst to drive your outward life.

This past August, the world converged on Rio de Janeiro for the 2016 Summer Olympics. The men’s marathon took place on the final day of competition. Galen Rupp, Jared Ward and Meb Keflezighi represented the United States in the race.

Keflezighi had won silver several Olympics ago and was the only runner in the group with a medal. The day was rainy and wet. The runners took off and after a few miles it was obvious that something was off about the normally steady Keflezighi.

About halfway through the race he threw up, and then he did it six more times. Somehow, he finished the race in 33rd place. Rupp won bronze and Ward finished sixth.

As Keflezighi approached the finish line, he slipped and fell on the wet road. Before standing back up, he pounded out a few push-ups, got to his feet and crossed the finish line amid the cheers of a boisterous crowd.

After the race, the veteran runner explained what happened.

“About halfway through, I threw up. I think I did it seven times during the race. But you know what? There are no excuses. This is the best of the best,” he said.

Meb’s race was the perfect example of motivation instead of inspiration. He wasn’t looking to something outside himself to push him to the finish. He didn’t wait for another runner to come and console him in order to get to the finish line.

He knew the stakes of the race, he knew his body’s limits and he knew he had to finish the race at all costs. That is a prime example of motivation. His strength came from within.

Think about that in relation to your workplace. Sometimes reward systems are great for motivating employees, but in our current workplace environment, employees tend to value space – breathing room to build relationships, let their creativity flow and gain a certain level of meaning and significance from what they’re doing.

In 2009, TED Talk speaker Dan Pink gave an excellent presentation on the science and sociology behind motivation:

Inspiration is Something That Comes from Outside Oneself

There’s a scene in Ron Howard’s epic movie Cinderella Man where the protagonist, tough-as-nails New Jersey boxer Jim Braddock, is fighting his way to a title bout when he meets his match in a younger, stronger boxer.

In the middle of the bout, his opponent unleashes a monstrous right that catches Braddock flush on the face. The crowd rises up in shock; they can’t believe Braddock is going to fall to the mat.

A strange thing happens, though. Braddock doesn’t fall, although his mouthpiece tumbles across the floor and comes to rest amid the chaos.

The grisly fighter has flashbacks to the effects of the Great Depression: his hungry kids, an empty milk rack, and, finally, the image of an empty house after his wife is forced to send their kids to a relative’s house because the Braddocks can’t afford to pay their electricity bill.

This is a classic example of inspiration – Braddock looked to his family’s worst times to push him to stay on his feet, keep fighting and earn a paycheck. The bout went on and, as history has it, Braddock won and continued on his journey to become the heavyweight champion.

Conclusions: Why Traditional Methods Need to Be Changed

Earlier we mentioned that today’s workforce is more concerned about value and significance than ever before. In many cases, trying traditional methods of motivation and inspiration don’t work like they did a decade or two ago.

In fact, you could even make the case that incentive programs are archaic in the sense that they’re used as motivational tools when they’re actually, by definition, inspirational tools. They’re an outside force that spurs on the individual or team.

So, take a moment to think about what your employees really need from you. How can you inspire them to greatness? In many cases, sharing your own personal battles with success and leadership can be a huge help. Transparency is of great value these days; respect is earned through relationship, not through reverence. 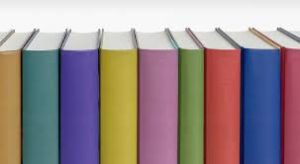 While it is almost the end of summer, it’s never too late to start catching up on a good read. Most people tend to stick to the usual genres: romance, suspense, cops and robbers or classical works.

We’re going to take a look at some business-minded books, however, the kind of stuff that’s interesting to read and highly applicable to your work life.

These books are aimed at identifying gaps in workflow management between teams as well as individuals, while also encouraging workers to identify their strengths and weaknesses to help improve their personal development and overall work environment.

The Five Dysfunctions of a Team: A Leadership Fable, Patrick Lencioni

Learning your team’s dynamic is essential to building a cohesive and productive unit. However, it usually takes time to figure out what makes each person tick as well as what will motivate them to perform at their full potential.

The question then becomes, “What methods or best practices are available to help determine how to overcome dysfunction.”

Written as a business fable, The Five Dysfunctions of a Team by Patrick Lencioni, aims to address why teams become dysfunctional as well as how to acknowledge flaws and inadequacies in order to create a purposeful work environment.

Lencioni establishes that there are five main “dysfunctions” that lead to an unproductive group dynamic:

Lencioni explains that when teams strive to understand and accept their inadequacies they can conquer any internal or external strife they may face.

Now, Discover Your Strengths: How to Develop Your Talents and Those of the People You Manage, Marcus Buckingham and Donald O. Clifton

Figuring out where your talents lie can be a difficult task, to say the least. However, there are some great tools out there to help people and companies identify what their aptitudes are and how to best utilize them.

Discover Your Strengths is a Hall of Famer among books in this genre. The authors’ main goal is to help each person discover their strengths through an online or written test.

In contrast to The Five Dysfunctions of a Teams, Buckingham and Clifton encourage their readers to focus primarily on the strengths one has rather than struggle to conquer one’s own weaknesses.

Buckingham and Clifton argue that when group members focus on their strengths, they can position themselves into roles and tasks they know they would be well-suited for.

In essence, the desired end result would be developing desired attributes in each member to improve overall team efficiency while also minimizing employee turnover.

In The Leadership Challenge, authors James Kouzes and Barry Z. Posner aim to train leaders to use a hybrid of both The Five Dysfunctions of a Team and StrengthsFinder.

To accomplish this, they encourage their readers to develop their “practices of leadership.” They advise leaders to lead by example, develop a core vision everyone can work toward and inspire members to think creatively to solve problems.

Part of this process includes a StrengthsFinder-style quiz called the Leadership Practices Inventory, which helps assess a leader’s strengths, weaknesses and efficiencies.

Kouzes and Posner also urge leaders to build a system of confidence in their subordinates that lets them come into their own without micro-managing them.

The leadership gurus believe that high quality leaders must be taught to lead with humility and honesty, rather than rely solely on natural talents.

Wrapping It Up: How These Books Can Transform Your Team

In short, The Five Dysfunctions of a Team, StrengthsFinder and The Leadership Challenge all seek to answer the question of how to minimize dysfunction in the workplace, improve productivity and morale.

At the same time, they probe what makes an efficient, respectable leader who is willing to think outside the box to better his employees and company without compromising their convictions.

Personal development and work culture go hand in hand. As summer comes to an end, take stock of where you have been and where you need to go as a company.

This introspection will help your company or workforce better manage the day-to-day stress as well as encourage all team members to strive to better themselves, no matter what weaknesses or talents they exhibit.