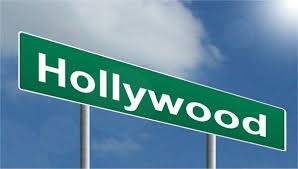 Call us crazy, but there are times when we watch our favorite shows and think, “that office could’ve really used some panel extenders.”

It’s not that we’re truly concerned about the productivity and focus of the characters themselves, but more so our preoccupation with proper office design and the manifold benefits of panel extenders that go beyond the basics.

That’s not to say that cubicles don’t interest us … we’re more than aware of them when we watch the king of all workplace movies, Office Space.

However, we’re in the business of offering an easy-to-use, effective alternative to cubicles that provides the sound and sight privacy your team needs to excel while still feeling part of a work community.

In that spirit, we’ve compiled a list of three famous Hollywood workplaces that either used panel extenders well or definitely could have used them.

The Office: A Tale of Two Styles

Americans across the country were left both joyful and distraught when the nine-season run of The Office came to a close.

Many of us felt like we were a part of the Dunder Mifflin team, working right alongside Dwight, Jim, Pam and the gang.

But did you ever consider how their office layout actually reflects real office life?

Take Jim and Dwight, for example. The two co-workers were constantly immersed in a battle to annoy and distract each other. Their mischief was made easy by the fact that their desks were perpendicular to each other and no barriers existed in between them.

We find this interesting if, for nothing else, the fact that both Jim and Dwight were salesmen and sales calls should be afforded a certain amount of sound privacy. The solution: panel extenders.

The lack of panel extenders goes beyond just Jim and Dwight, though. The other section of salesmen included three desks with no privacy panels or panel extenders.

What results is a chaotic work environment that makes for great TV but for poor productivity.

What’s interesting, though, is that there is a glass partition/panel that separates two of the three desks in accounting. Famed accountants Angela and Kevin have sound privacy because of the panel but they lack visual privacy.

This is a sensible solution for accounting because of the subject matter being discussed in that department – accounts, invoices, etc.

But, Oscar, the third accountant in the bunch whose desk sits perpendicular to both Angela and Kevin, has absolutely no sound or visual privacy.

Obviously, The Office’s workplace layout had just as much to do with opening up the space for camera work – the more barriers, the poorer the lines of sight. However, we think it accurately reflects how many offices handle privacy.

Halt and Catch Fire: As Open as Open Offices Can Be

This AMC drama focused on the rise of personal computing and the internet. The show is anchored in the rise of a startup named Mutiny. According to the fictional account, the company launched wildly popular video games, was crucial in the emergence of online gaming and is responsible for the popularity of chat rooms and Craigslist/Letgo-style online transactions.

Their offices were based in San Francisco in a cavernous brick building with a completely open floor plan. No panel extenders. No cubicles. Just dozens of computer terminals dotted on desk clumps.

The scene in Mutiny’s offices was often chaotic. Coders were hammering away at keyboards, answering phone calls and shouting across the room to their colleagues.

These scenes reveal what we consider the biggest downfall of open offices: lack of privacy. The brain needs a certain level of security to provide maximum focus and production. Mutiny, like any number of modern startups, lacked both.

The solution could’ve been simple: panel extenders. Installation takes about five minutes and doesn’t impede workflow; nobody has to leave their desk and wires and cables don’t have to be unplugged.

You can learn more about the products we offer by heading to the Products section of our website, where we feature panels and extenders that attach to existing desks or cubicle walls as well as modesty panels. 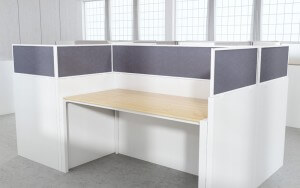 That’s usually the position our clients find themselves in when they contact us about our panel extender quick-ship program. The reasons for these quick changes are manifold: company transition, growth or seizing a can’t-miss opportunity to move into a new workspace with basic desks and/or cubicle walls.

In many situations, you aren’t as concerned about style as you are about function – the panels need to go up fast and the more neutral the color and form, the better.

The scenarios we mentioned here are pretty universal and our quick-ship program reflects that kind of one-size-fits-all situation.

Basically, the OBEX quick-ship can be broken down into three different parts: the panels themselves, shipping and warranty.

We consider this single option a very utilitarian choice – they get the job done without any added frills. But don’t underestimate their design. Design not featuring flashy colors or materials, they manage to stay modern and blend in with just about any office environment.

Looks aside, polycarbonate is an effective way to reduce sound, too. The material is used all around the world as a popular sound deadener in offices as well as a barrier between transportation thoroughfares (roads, tracks) and neighborhoods.

Here’s a quick list of the available sizes (HxW):

These quick-ship panels come in three different install styles: freestanding, desk and panel. The panels you get from this program cover nearly any desk/cubicle situation.

What makes our quick-ship program unique is that your panels will ship within 48 hours of your order and you’ll get a 5% discount on the total order.

Our goal isn’t to gouge you because you’re in a jam; it’s to provide a straightforward solution to get you up and running as quickly as possible.

Our quick-ship shipping comes with a few things you should know. First, the maximum quantity you can order is 25 units.

Second, our quick-ship program requires cash on delivery for the first two orders you make. After that, you can work with OBEX to come up with credit terms to finance future purchases.

Because of the nature of our quick-ship program, once an order has been acknowledged and confirmed, it is final. Returns aren’t normally accepted, but if we do agree to it, there are re-stocking charges involved in the return.

OBEX’s 10-year warranty also applies to our quick-ship panel extenders and covers our products against defects.

Basically, if there’s a defect in your panel extenders that isn’t due to normal wear and tear and you’re the original owner of the extenders then you can file a claim with us. We’ll inspect the panels to verify that the product is defective and will decide if we’ll repair it or replace it.

Aside from normal wear-and-tear situations, other situations that wouldn’t be covered under our warranty would be those random situations in which, say, somebody at the holiday party gets too friendly with the open bar and then accidentally kicks a hole in a modesty panel.

Working With Us: The Leading Office Extender Provider in Southern California

This post has focused on our quick-ship program but OBEX certainly provides more than quick fixes for your company.

If you’ve got more time to make a decision about your privacy solutions, consider taking a look at our acoustical panels. They are, in our opinion, the superior choice for maximizing sound privacy in the workplace.

You see, a panel’s ability to deaden sound is based on two popular ratings: noise reduction coefficient (NRC) and sound transmission class. Our panels reduce sound by more than 50%.

In addition to their ability to deaden sound and provide a more tranquil workspace, OBEX panels are easy to install. In most situations, one individual can put a panel on a desk in less than five minutes. All hardware and the necessary Allen wrench is provided in the panel kits we send you.

Our panel extender installation guide gives you an excellent idea of what the install process is like. If you have questions, we’re happy to answer them. Give us a call at (888)571-8658 or contact us through our website.