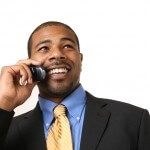 Are you familiar with CubeSpeak? It’s the lingo of the cubicle world – which is, in CubeSpeak, the “Cube Farm!” (See, you learned something already!)

If you don’t know CubeSpeak, you might be “404” – meaning you are clueless. The term comes from the web error message code “404” (File Not Found) which means that the document requested couldn’t be located.

Can you guess what “Adminisphere” means? If you think it’s the level above the rank and file, where suggestions go to disappear and decisions come down from that make no sense in the real world, you’d be right.

Are you the top dog in the IT department? Then you would be the “Alpha Geek” for certain. You can fix it even if it’s more complicated than “turning it on and off again!”

If you’ve ever left your phone on vibrate then had it go off unexpectedly, triggering a spastic fit complete with gape mouthed facial expressions, you’ve experienced “Beepilepsy”

If another company come up with a better spin on an idea you already had, you might have been “Betamaxed” (Android Betamaxed iPhone right out of the market!)

Does your boss hold meetings to determine who is at fault for a missed dealdine or dead project? He’s just “Blamestorming”.

If you realize the new guy down in accounting is as smart as he is good looking, you just might need to “Bookmark” him for future reference!

Does the boss want to fire people, but doesn’t have guts to do it himself? Beware the efficiency expert, also known as a “Chainsaw Consultant”

Your computer is your Chips and your programming is your Salsa, so when the IT guys says “First we gotta figure out if the problem’s in your chips or your salsa,” you know he’s trying to track it down!

Whatever you do, don’t diss your boss in company email. That would be considered a serious CLM (Career Limiting Move)!

Does your boss not appreciate everything you do, and takes pleasure in making your life miserable? Congratulations – you’ve just been “Dilberted”.

Admit it, sometimes you “Egosurf” (Google yourself and obsessively read each entry).

We’ll bring you some more CubeSpeak at a later date. But for now, at least you aren’t totally “404”!

Friday Pick Me Up: Cubicle “Pets”