Home/Uncategorized/Cubicle Humor to Lighten Your Workweek

Cubicle Humor to Lighten Your Workweek 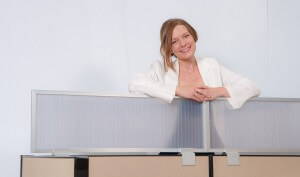 No matter what people say about cubicles, one thing is true: They are comedy gold. Like all really funny stuff, cube humor works because it makes you feel like you are in on a joke with a bunch of other folks who really “get it”. Far from creating barriers, cubicle and their ubiquitous grey fabric partitions have actually brought white collar employees closer together. Office workers everywhere immediately identify with Dilbert – even if they don’t work in IT. That’s because the cubicle and the office culture it inspires have commonalities in every company. We recognize the bizarre and ironic realities of cube life because we’ve all got similar stories. Those who have never had the privilege of working in a cube simply don’t get it. They aren’t part of our little insular world.

The Serene Scribe offered a hilarious peek inside the box at her blog. Her take down of fellow travelers in the cubicle maze is priceless. You’ll certainly recognize some of these characters (albeit under different names) from your own workplace.

Rumor mongers, pot smokers, desk hogs, tacky decorators, and creepy stalkers all make an appearance. Keep in mind that the blogger only worked in a cube for a year. It just goes to show that it doesn’t take long to rack up some wacky stories when you work in such close proximity to your fellow humans. No wonder employees prefer higher cubicle walls. Some days, the weirdness is just too much to handle!