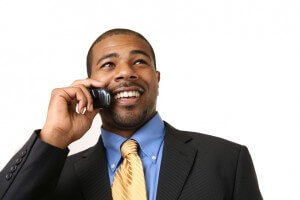 Menshealth.com recommends setting a company policy to have all employees switch their cell phones to vibrate during the workday. According to a Washington University in St. Louis study, ring tones deeply impact our ability to focus. The more familiar the song used for the ringtone, the more distracting it tends to be. In the study, cognitive function such as recall and decision-making performance were affected more substantially and for a longer period after students’ concentration was broken by hearing their college’s “fight song” for half a minute vs. hearing a standard ringtone.

Would the same thing happen at work?  Perhaps not. According to the researchers, phones ringing all the time, every day in an office is the kind of thing you can get used to. So, setting phones to vibrate would lower the overall noise level, but might not make that big of a difference in concentration. Of course, sometimes it’s the loud conversation that happens after the coworker answers the phone that really gets under your skin….

Staying Home Not the Solution for Workplace Noise