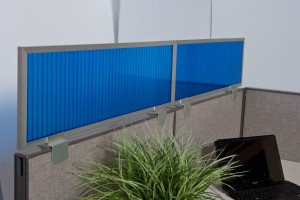 According to a “Science Tech” article on the DailyMail site, there are two major threats to productivity in the workplace:

The article cites a number of studies demonstrating the effect of constant interruptions, high noise levels, and lack of privacy endemic in open offices. We’ve covered a lot of these studies before, but it never hurts to get a refresher course. A neuroscientist who helped conduct one study that actually measured a subject’s brainwaves in an open plan office said employees may not realize the disruption to their thought processes. “Even though you are not aware at the time, the brain responds to distractions.” He believes that these open offices don’t actually improve either creativity or problem solving. Having 50 people in a room doesn’t increase the available brain power if no one is actually able to think.

A psychologist interviewed for the same article revealed another finding from the study. Employee productivity goes up by 15% when workers are allowed to decorate their space with their own belongings. Instead of being a distraction, these familiar objects actually make workers feel more relaxed and focused. So, giving employees the option to have private workspaces with more personalization could really pay off.

OBEX Panel Extenders In Under a Minute