Inspiring the hearts and minds of those around you with an on-point presentation or pitch is easily one of the most daunting tasks facing today’s otherwise intrepid entrepreneurs.

Be it a convincing filibuster at a meeting you weren’t prepared for, presenting for the promotion of a lifetime, or giving a TED talk in front of some of the most influential people, it all requires finely honed speaking and presenting skills.

Fear is the major opposition to giving eloquent speeches, and, for many of us, public speaking doesn’t come naturally.

The following musings from seasoned speakers will allow you to not only identify some of the common ailments afflicting business professionals from all walks and disciplines, but will help develop your personal style and stage presence to command even the most intimidating group of entrepreneurs and business leaders without all the stuttering and pacing.

“It’s true that the mind can’t focus on two things at once,” declares Beverly D. Flaxington in a 2015 Psychology Today article. “Statistically speaking, 3 out of every 4 people fear public speaking (and) dealing with the effects of speech anxiety is so prevalent that there is a formal term for it – glossophobia.”

What does this mean for you, the speaker? Glossophobia comes in many shapes and sizes, but you don’t have to resign yourself to a fate worse than death.

After their foray into the terrifying world of TED Talks, Wharton and Harvard psychologists Amy Cuddy and Adam Grant shared their insights with Business Insider’s Shane Lebowitz.

Both suggested paying attention to the audience and other presentations as an effective way to take the focus off your own anxieties. Grant recalled how being engrossed in a friend’s speech relieved made him forget about being nervous.

“We’d been practicing together for months beforehand, and he delivered the best version of his talk. And I was so engrossed in flow that I forgot that I was speaking next, and I heard my name and said, ‘Ahh, gotta get on stage!’”

His assertions are supported by Cuddy’s research on studies correlating self-focus and high anxiety.

It may sound counterintuitive, but tuning into other people and presentations distracts from your own anxieties, and can teach and inspire you.

Absorb others’ confidence and mannerisms when they’re speaking and you’ll be able to demystify the task. You might find yourself invigorated and eagerly awaiting the spotlight, rather than pacing and fidgeting in your office or backstage in a palpable cloud of self-doubt and worry. 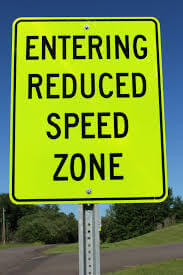 No Need for Speed

Most of us have experienced it: the speeding pulse, the racing thoughts, the debilitating anxiety that compels flight rather than fight when it comes to public speaking.  You have only to describe the symptoms to recognize the clear and present danger to your effectiveness as a speaker.

Adrenaline is by far public speaking’s enemy number one. Nerves must be expelled one way or another, and the forum for most public speaking venues doesn’t always lend itself to venting those anxieties on an audience.

“That energy has to go somewhere,” posits Forbes contributor Nick Moran in “Why We Fear Public Speaking and How to Overcome It.” Some speakers get ‘happy feet’ – they wander endlessly all over the stage. Some people lose affect. They become rigid, with few facial gestures, and appear virtually devoid of emotion. Others speed up, filling every available nanosecond with rapid-fire talk.”

Being mindful of our nervous ticks is essential to taking center stage in the business world. The importance of developing good physical habits before a presentation mustn’t be underestimated.

Deep belly breathing, exercise and meditation center you and keep the residual backstage adrenaline rush at bay so you can focus on sharing the message you painstakingly prepared.

Be a Little Full of Yourself

You’ve heard that confidence is key, but it can be tough to find the door to successful public speaking in business when you’re too busy navigating the various twists and turns of public speaking anxiety.

The audience feeds on your confidence just as they sense uncertainty in a stage actor delivering lines without conviction or emotion. You can mitigate this effect by deciding beforehand who you want to be perceived as the moment you walk out to perform.

Faking it until you make it is a tried and true adage for a reason. Just as an actor prepares their new identity before the cameras record, so too can you apply the same principle in your public speaking. The results will astound you.

Once you’ve mastered the mental muzzle keeping your entrepreneurial voice at bay, you’ll be ready to focus on the minds of your audience. The work doesn’t end in the mind of the speaker.

We must also be cognizant of the perceptions and expectations of the audience. In part two of the Psychology of Public Speaking series, we’ll explore the common pitfalls that you might find when you’re trying to rein in not only your anxiety, but the anxiety of an expectant crowd.