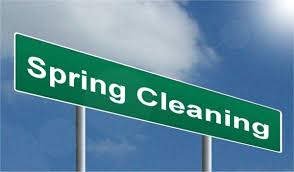 Open offices have long been one of those areas of office design in which the public-facing presentation didn’t quite match the science-backed conclusions.

Tech companies gravitated toward these minimalistic design trends for many different reasons, one of which is very logical: money. It costs more capital to buy cubicles for 50 employees than it does to buy 10 rows of tables and 50 chairs. Why buy furniture when you can hire another coder?

As the years have gone by, science has started to catch up to trend. There’s plenty of evidence that indicates private workspaces are crucial to productivity. Much of it has to do with your brain; we’re wired to thrive when our brain feels a certain level of privacy.

The Washington Post recently jumped into the anti-open-office movement when reporter Lindsey Kaufman included the open office in the paper’s annual Spring Cleaning edition. The theme? Ten things to toss.

One Reporter’s Reasons for Bidding Farewell to the Open Office

Kaufman’s piece on open offices is concise and echoes what we mentioned a few seconds ago: Science is emerging as an open-office naysayer.

“My kindergarten teacher, Mrs. Granberry, sat her students around a big communal table where we could all see one another and be supervised,” Kaufman started her article. “There was yelling, commotion and general childlike chaos. The same things happen in an open office — only we’re grown-up professionals with deadlines, personal lives and a basic human need for some privacy.”

Opening salvos aside, Kaufman’s argument follows the privacy line—our minds need a sense of visual and auditory privacy to maintain focus on the task at hand.

The article references a Forbes piece from Dec. 2017 in which contributor Keith Flamer noted that current research shows that open offices reduce productivity by 15% to 28%.

Another side effect of the open office that most people don’t understand is that employees are twice as likely to get sick as their cubicled counterparts.

What’s most interesting about Kaufman’s article isn’t the stats about focus or sickness; it’s her reminder that some Apple employees are unhappy that the company’s new headquarters will use an open-office design.

Her article linked to another Washington Post piece detailing the grumblings of the tech giant’s disgruntled employee.

“Up until now you’ve been used to having your own office space. But the new Apple Park will change all that,” reporter Gene Marks quoted the employee as saying. “The programmers, engineers, developers and other employees who work there will be rubbing elbows with each other over long tables that they’ll be sharing in the company’s new open space environment. And some are not thrilled.”

The news was second-hand, though; the original claims of unhappy employees came from a podcaster and blogger who covers the Apple beat.

The article went on to say that the source noted some Apple employees threatened to leave the company if their offices weren’t suitable.

While those threats may seem a little entitled, we’ve read enough about the benefits of cubicles to know that there’s a lot more on the line than preference.

You Have an Open Office. Now What?

If you’re starting to have second thoughts about your open office, don’t worry. We’re not here to demand that you change the way you organize your workspaces.

Take some time to read through the articles we linked to in this post and decide for yourself if an open office is the right choice for your company.

If you think it’s time for a change, the table-heavy design of an open office can be transitioned into private spaces rather quickly using privacy panels of varying lengths and heights.

Our catalog offers multiple colors, material and styles, all of which can be installed on a desk within minutes. In fact, we’re often able to install desktop privacy panels while employees are working, cutting down on the lost labor that normally results from a full overhaul of an office space.

Head to our Contact Us page to send us an email or give us a call. We’ll talk with you about your space, what you’d like to see happen and how we can accommodate you.

Simple Ways to Become a Leader in the Workplace: Part 2

Tech Crunch, Reddit Agree: Open Offices Aren’t as Productive as You Think They Are