The Cons of Using Standing Desks 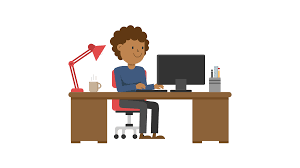 In the wake of studies pointing to the dangers of sitting at a desk too long during the day, proponents of standing desks have hailed it as the antidote to the sedentary lifestyle that some have deemed, “the new smoking.”

As is often the case in the office world, novel ideas that progressive thinkers latch onto don’t always turn out how you’d expect.

In the first part of our two-part series on the pros and cons of standing desks, we provided four different examples of people who use standing desks in their workplace and love them.

One employee noted that her standing desk helped alleviate back pain and fostered more focus than what she’d have at a sitting desk.

However, not every standing-desk experience is a positive one. When we reached out to companies across the country to get their thoughts on standing desks, we received multiple responses from those who disliked their standing desk experience.

The studies on sitting at a desk aren’t knocking traditional desks and praising standing desks. Rather, they call to attention the importance of getting up at least once an hour to move your body and get your blood flowing.

For some employees, taking a brisk walk around the office every hour is better than a standing desk of one simple reason: Standing can wear you out and hinder your ability to zero in on the task at hand.

This is something we heard from Stacy Caprio, founder of Accelerated Growth Marketing.

“As an employee, I personally dislike standing desks, as they make me tired, which takes away my focus and concentration from what I’m working on,” Caprio said.

Caprio said she prefers sitting at a desk because it helps her focus on the moment and task at hand.

“I’m able to be more fully present and focused when sitting, as long as I take ample walking breaks during the day,” she said.

Sometimes an office will find itself in a situation where they’ve committed to a change in their workspaces, only to find out that those changes don’t quite work out as expected.

Jessica Landon, an SEO specialist at an Idaho-based marketing firm, said her company brought in standing desks and now about one-third of them are actually used, she said.

“I think, overall, they are overrated. I’d say roughly that only a quarter to a third of the employees here actually use them,” she said.

She went on to say that the desks they have are great, in theory, because they’re programmable, which means you can set them to adjust to different heights during the day. But most of them aren’t being used to stand.

“I do think they are a genius idea, they are just underutilized, in my opinion, here in our office,” she said.

“It just sits there gathering dust.”

Bernard Meyer, a digital marketer and content creator at Meyer Food Blog, said his office brought in standing desks. Everyone was enthusiastic about them.

“In my previous job, we had standing desks brought in. We were all quite excited about being healthier at work, since we had read about the dangers of sitting too long,” he said.

It only took a week for the novelty to wear off – employees became tired of standing.

“A few weeks later, we’d just stopped even bothering to lie to ourselves that we’d used it. It would just stand there, staring us in the face,” Meyer said. “It’s like a treadmill you buy for your home. You use it for one week, and the rest of the time it just sits there gathering dust.”

Another complaint we heard is that standing may relieve back pain, but it can affect other joints that aren’t used to being in a standing position all the time.

David Waring, co-founder of FitSmallBusiness.com, said he switched to a standing desk “because of a back injuring that kept flaring up after long hours of sitting.”

He enjoyed the standing desk at first, but, over time, pain started to creep into other parts of his body.

“I found that standing all day in the same place started giving me knee issues and was also pretty exhausting,” he said.

So, he switched from a standing desk to a sit-stand desk that gave him the option of either standing up or sitting down to get his work done.

“I have found this to be much more comfortable and have not had any leg or back issues since,” he said.

The Positive Side of Working at a Standing Desk

Ways You Can Make Yourself More Hireable: Part 1